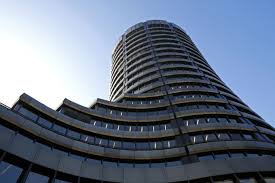 It is truely extraordinary to observe how Mr. Carstens at the Bank of International Settlements manages the “tour de force” to publicly bash Bitcoin while unknowingly promoting it at the same time.

The BIS is the Central bank for central banks and it deals in SDRs. SDR is a basket of fiat currencies (Libra anyone ?, maybe Facebook wanted to be the BIS… who knows…). The BIS provides a mechanism for compensation of balances between countries.

How could Bitcoin compete with the BIS? Bitcoin is a form of money and it would be technically quite possible to settle balances between countries in Bitcoin. Evidently the BIS would be rendered quite useless. It is very unlikely that governments of the the countries participating in the BIS balance mechanism would desire to do so unless they are absolutely forced to by dreadful monetary conditions.

There is a limited supply of Bitcoin just like Gold and Bitcoin does have a cost and supply curve. In the XIX century, as the currencies were pegged to Gold, the central banks could not bail out the bad banks, nor could they bail out the governments by printing. Gold is simply not printable. This sytem was a straightjacket, a discipline forced upon the central banks. There was no central bank in the US at the time, yet this was also a period of record growth. In the UK, the dominant power at the time, the Bank of England was acting as a central bank.

With fiat currencies, the governments can expropriate the people through money printing, do wealth transfers and bailout anybody if they are so inclined. With a Gold or Bitcoin based system it is just not possible.

Before heading the BIS, Mr. Carstens worked in the monetary affairs of Mexico during the Tequila crisis, which resulted in a steep monetary devualation and an ensuing period of high inflation. I am not saying that he was responsible for the problems, but nor was he on the sidelines.

Mr. Carstens made some very nasty points against Bitcoin. He is entitled to his opinion of course, and it will be interesting to analyze those points.

He said that Bitcoin suffers from a lack of trust in the absence of institutions, and that Bitcoin is an environmental disaster. Mr. Carstens also stated that Bitcoin should be made illegal. There is a sinister motive for that.

When the world was on a precious metals based system there was a cost of mining, there was a cost and supply curve for commodity money. And we should cherish this cost curve, otherwise anyone would just transform lead into Gold. Today it is computer money keystrokes alchemy at the central banks. With this alchemy the central bank can print any amount and bail out anybody which pleasesthem. Of course a cost curve implies resources, there is no other way around. Mr. Carstens should stop taking all of us for fools.

Mr. Carstens had the nerve to complain about dilution with splits and new Bitcoin-like forms of money. We will discuss that in another post. Alternatives to Bitcoin do not change the overall supply for crypto money because the overall resources associated to the mining of the basket cryptos as a whole are not expandable. The Bitcoin alternatives only change the allocation between the different crytpo moneys. Just like Gold and Silver before (and even Copper in China), the presence of alternatives only changes the allocation of mining resources between those alternatives. The existence of alternatives does increase or change the total amount of resources available for mining. It just spreads those resources.

Let´s talk about the trust in institutions. Time for fun.

Next Mr. Carstens wants to prevent people from owning Bitcoin. The world has experienced this type of witch hunt before. In the hyperinflation days and money printing follies of the end of the French revolution period, Marat a French politician at the time, wanted to punish by death people who owned gold. Those were just folks willing to protect themselves from the government organized expropriation through money printing. Just like people were in recent years willing to pay a local premium for Bitcoin to protect themselves in countries such as Zimbabwe, Argentina, Venezuela. Are we going to witness a local premium for Bitcoin in Turkey? It can not be excluded.

Mr. Carstens is unknowingly participating in the creation of demand for Bitcoin. Had the monetary conditions been perfectly stable and inflation free since the creation of the BIS, Bitcoin would be quite useless, and Gold only good for jewelry. So after all, thank you Mr. Carstens.

The report in augmented Media as usual is here: http://bit.ly/32ren5l