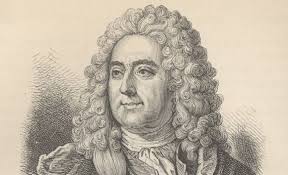 Back in 1720, France was a powerhouse with the largest land holdings in North America. It was also suffering from the typical empire disease: high levels of debt incurred principally because of war expenses.

The King complained about the excessively high interest on the economy, just like the current President of the US is complaining about it.

In the King’s arrêt(decree) dated 21st of May 1720, “…. It appeared to the King, that the high rate of interest of money had done more damage to the kingdom than all the of the expences (old spelling) which the late King had been at during his several wars. “

In 1719-1720 the “Banque Générale” proceeded to the expansion of the money supply by about 180% which initially had a positive effect on the economy.

In 1801 Henry Thornton commented in his book -an inquiry into the paper credit of Great Britain- about the 1720 french episode: “It appears from the first of the decree from the King in 1720, that an encreased (old spelling) of paper tends to raise prices as well as to excite industry. “

Soon the economy turned into a speculative phase with the Stock Market bubble in the shares of the Mississippi Company, and a boom in real estate properties’ price, art and other speculative assets (there were no collectible cars).

How will Bitcoin benefit from what seems to be a replay of this 300 years old episode?

Like in 1720 and today in 2019, people wanted to protect themselves against a currency devaluation that over indebted governments wanted to impose upon them.

Back in 1720…. “His Majesty being informed that many of his subjects, who, in these later times , have got considerable fortunes, forgetting what they owe to their country, have sent the greatest part thereof into foreign countries,  and that some others of his said subjects keep in the said countries considerable sums in specie…”…. The problem was the over printing, not the capital flight. Eventually the French Currency crashed starting in May 1720.

Today it is not possible to escape the border control system with Gold Bars because of metal detectors. Bitcoin offers this protection. Bitcoin is the modern specie. http://bit.ly/2pjGK6X